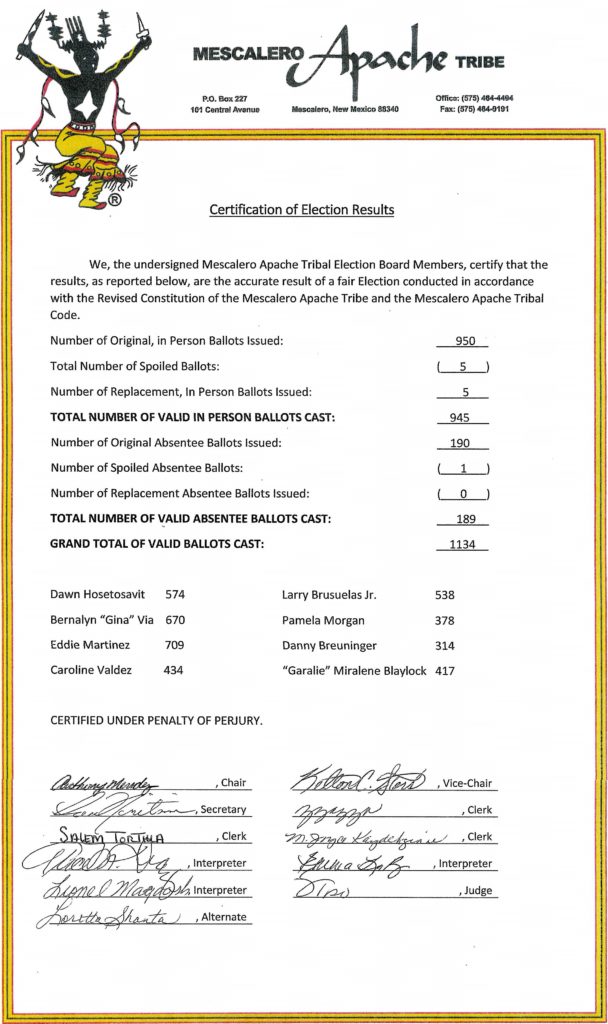 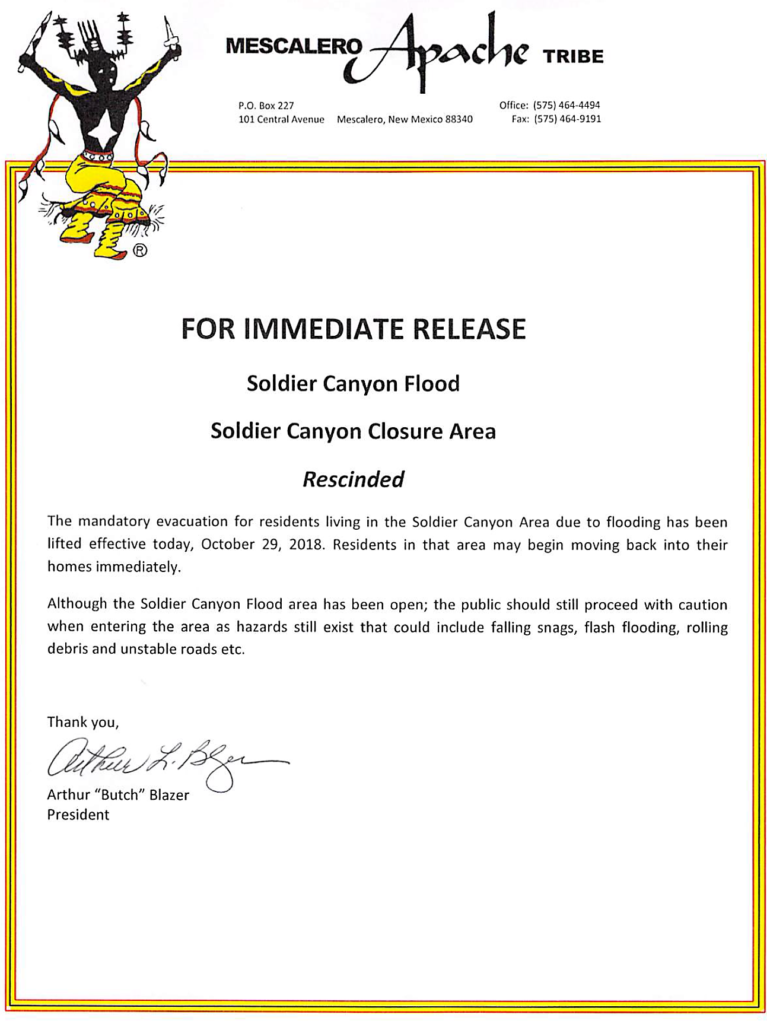 Please review the information from the U.S. Department of the Interior Office of the Special Trustee for American Indian (OST). 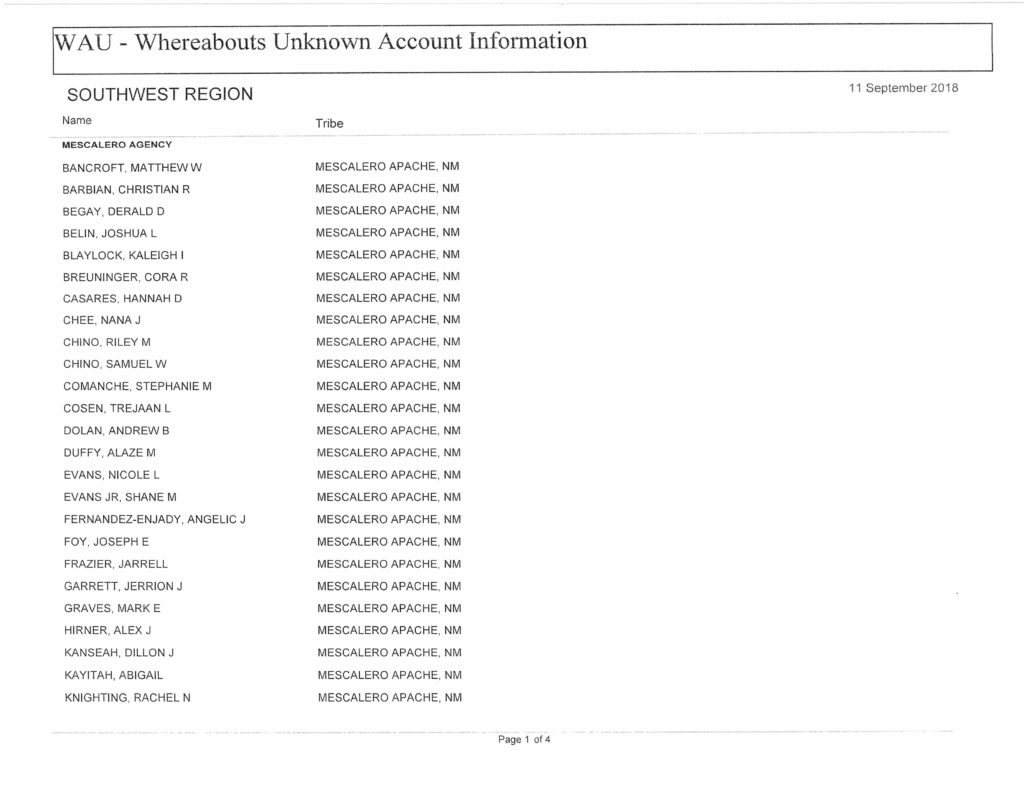 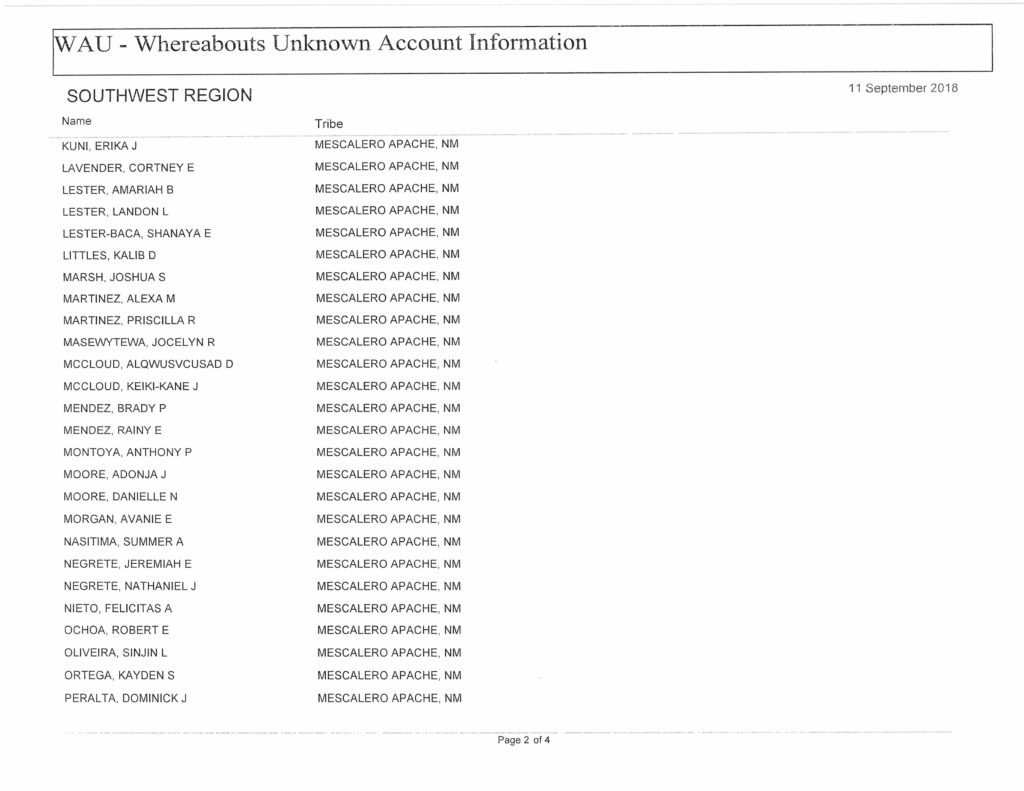 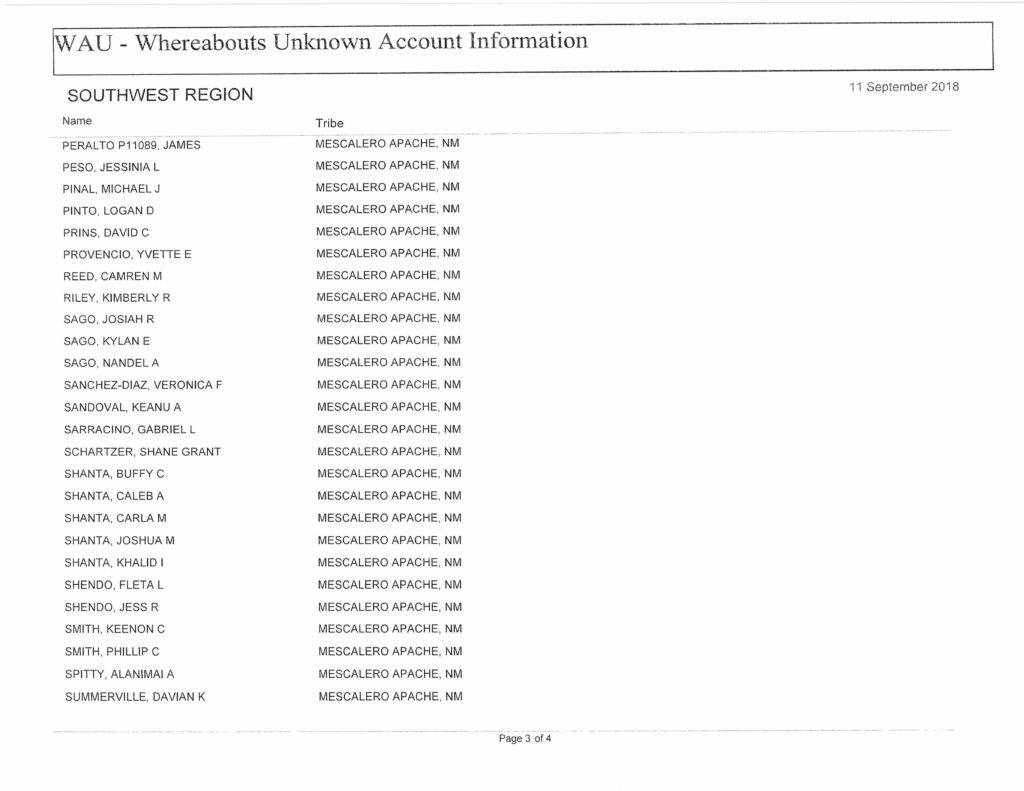 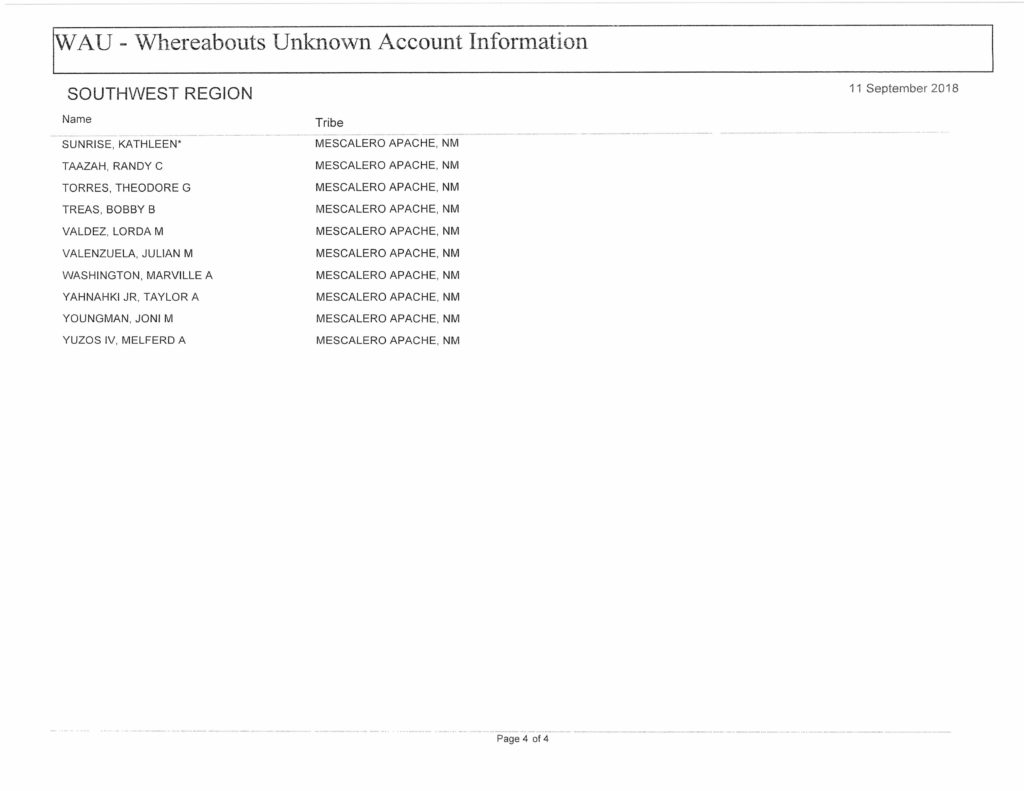 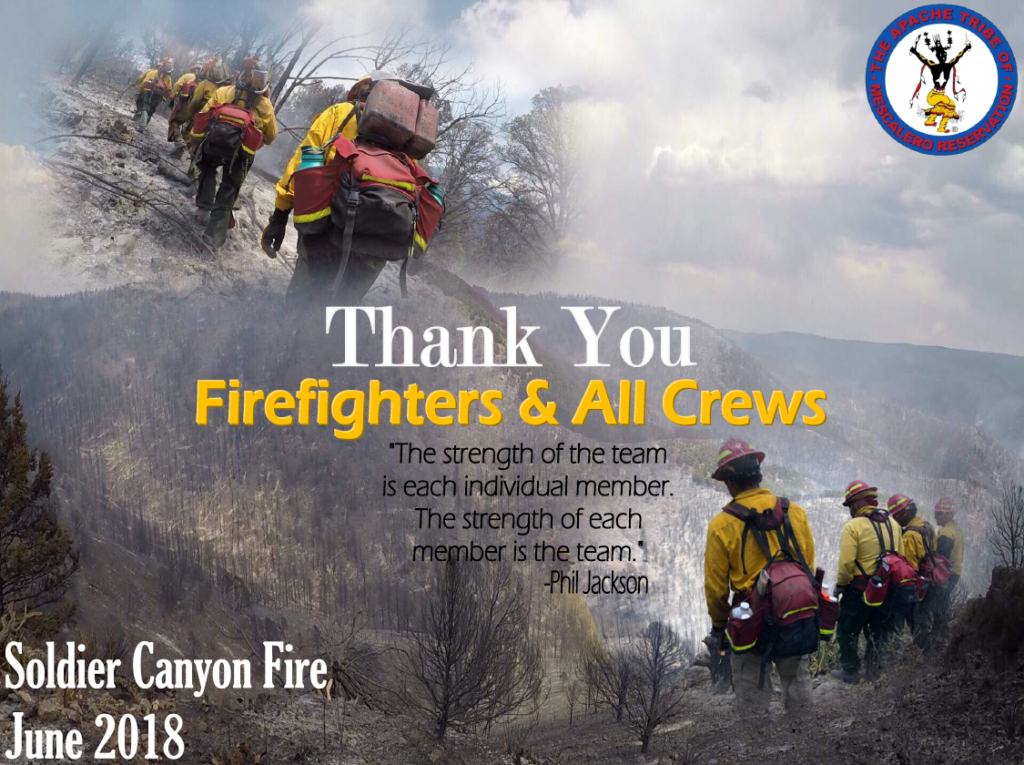 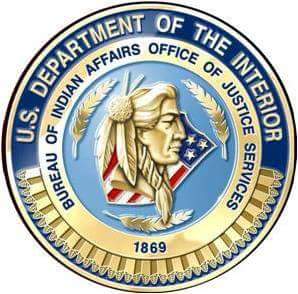 BIA/OJS Mescalero Agency wants to remind Mescalero residents, employees, and visitors that if Emergency Services are needed, please call 911 or if it is a non-emergency call 575-464-4479. Post this number on your refrigerator or save it in your cell phone.

If you need an ambulance, fire truck, law enforcement or conservation services call right away. ANY of these Mescalero employees (Police, Fire/Rescue, and Conservation) are dispatched from on-duty Communications Officers that have protocol and procedures to follow in getting other on-duty employees to respond.

If you do not call right away, the response time will only be delayed and as we all know, in emergency circumstances, seconds count. Lastly, I’d like to request that if/when residents see something suspicious, please call it in. If you see something, say something (report it). 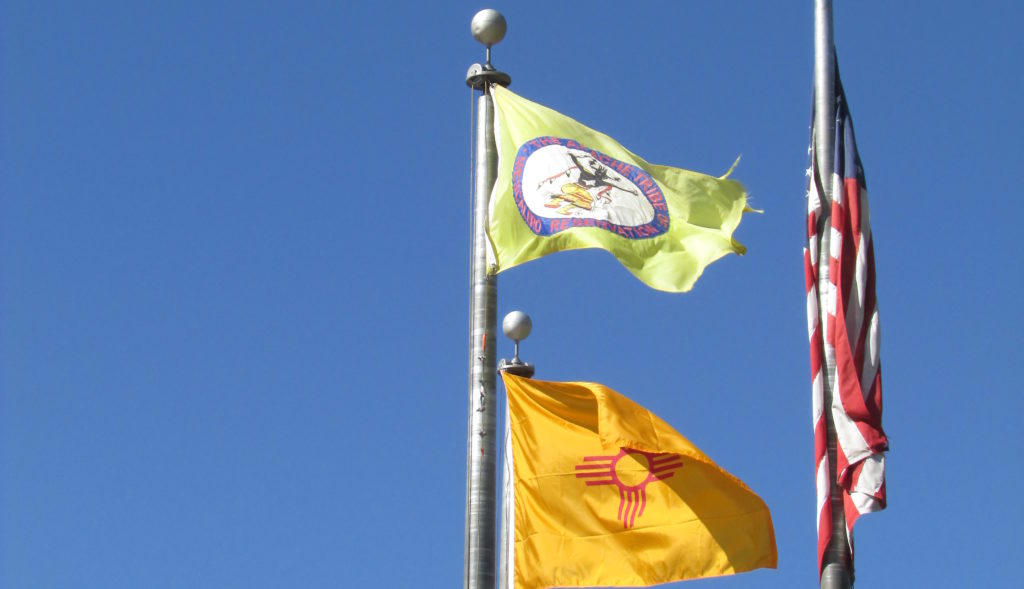 The Mescalero Apache Tribe has received funding through the Economic Development Administration to create an economic development strategic plan.  We would like to get feedback from community members to help guide this process.  Below is a link to the community survey, which asks questions regarding current businesses of the Tribe, the types of new business you would like to see in Mescalero, and how we can promote or support individual Tribal member businesses.  The survey is not very long, with only 15 questions.  If you would like to provide input into this process, please take a few minutes out of your busy day, and complete the survey.  Please feel free to forward this link to your friends and family.

If you do not like using the internet version of the survey, there is also a paper copy.  If you fill out the paper copy, please put it in an envelope and return it to the Division of Resource Management and Protection, ATTN  Thora Padilla.  You do not have to put your name on the survey.

If you have any questions, please feel free to call Thora Padilla at 464-4711. 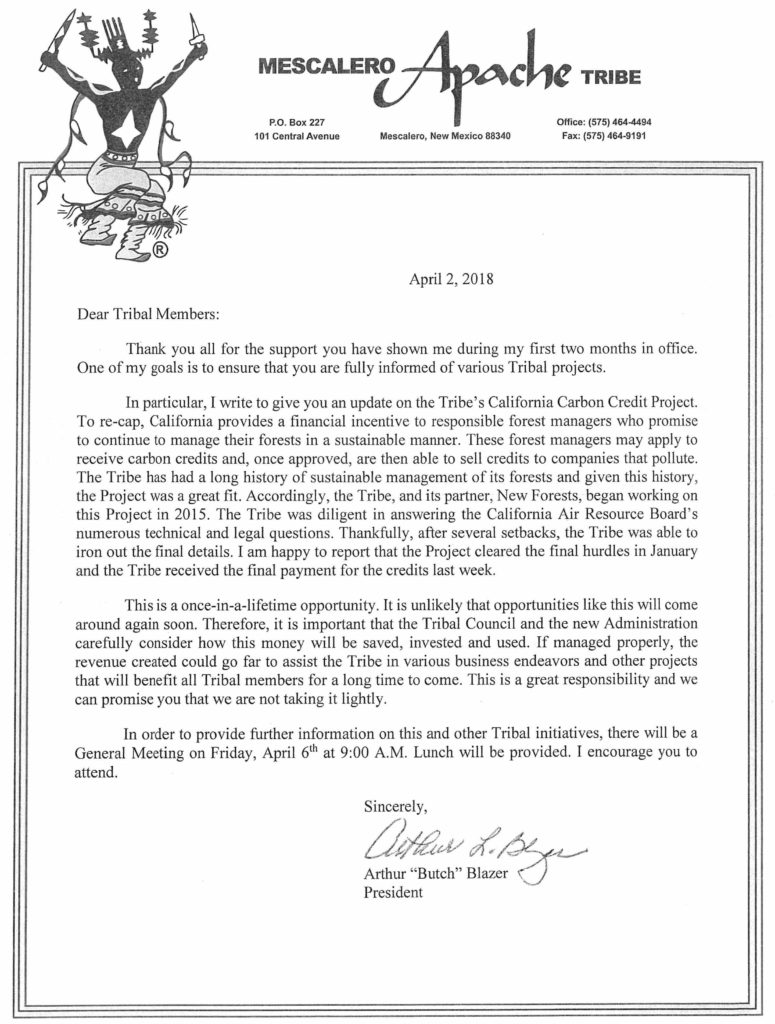 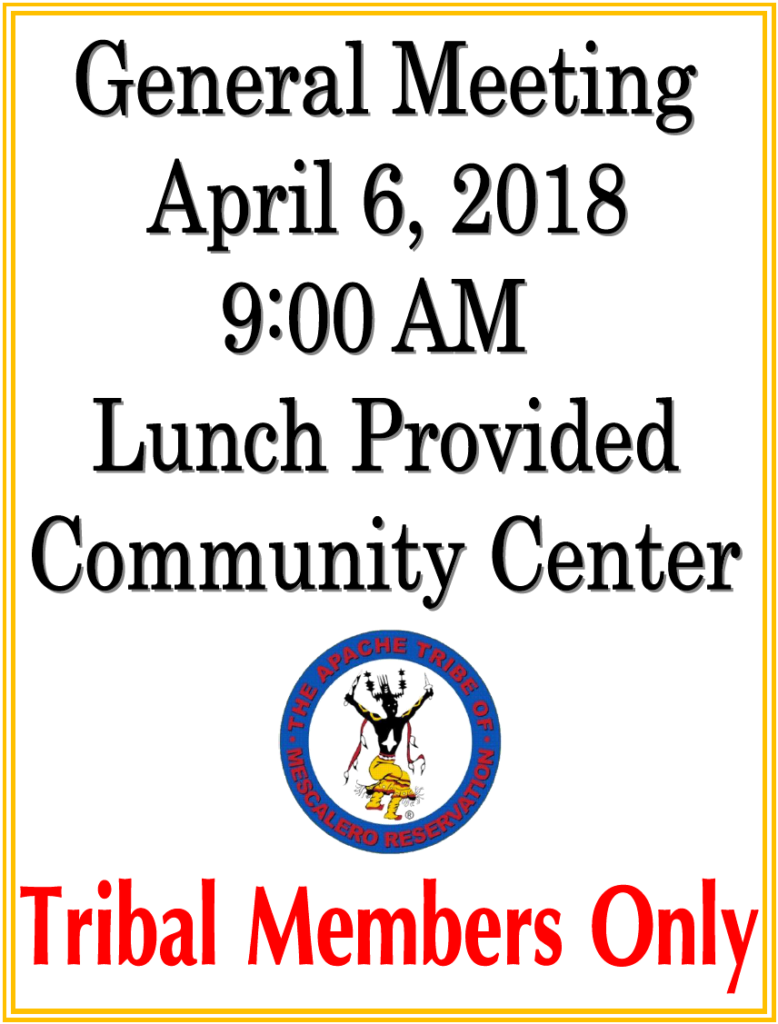 The Mescalero Tribal Inauguration was nothing short of monumental. The convention center at the Inn of the mountain gods was packed full of eager tribal members and guests wanting to welcome the newly elected tribal leadership.

This year, as a result of the 2017 general election, women are the majority within the tribal council.

General Manager of Mescalero Apache Telecom Inc., Godfrey Enjady, emceed the event. Mr. Enjady helped the program run accordingly in which he did an exceptional job. At certain points during the program, he had the chance to share anecdotal stories about some of the elected individuals. The feeling of family and community was in the air.

Mescalero’s Post 48 started the agenda with posting of the colors and as per usual, doing so with pride.

Miss Mescalero, Autumn Pilcher shared a few encouraging words and announced special guests from across the state who were in attendance.

The youth of Mescalero also helped the event to be special. Turquoi Garcia, a student at ENMU-Portales, sang the national anthem and the Mescalero boys basketball team said the pledge of allegiance. 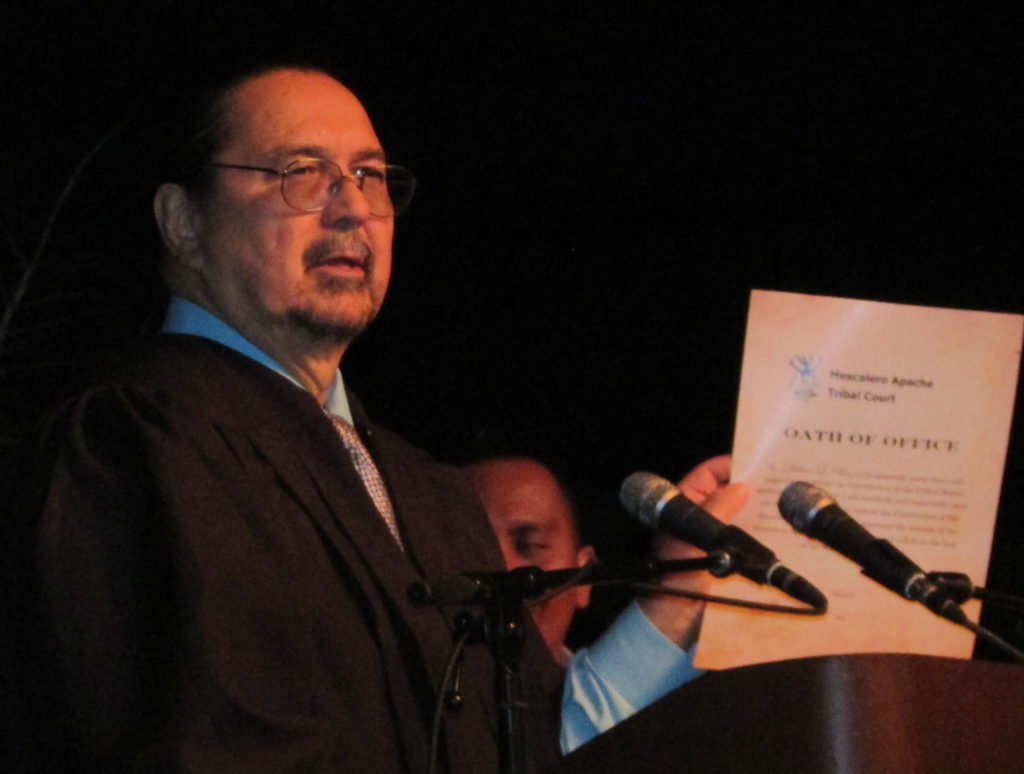 New and returning members of the Tribal Council, Vice President and the new President took time to speak about hopes for the tribe’s future. One occurring theme that was mentioned in each speech was unity.

Vice President, Gabe Aguilar mentioned working together with surrounding towns and villages like Ruidoso, Tularosa, and Alamogordo. Economically helping one another’s town or village may help our tribe in return. 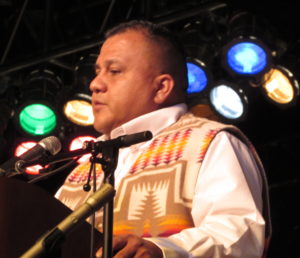 Some of the speeches were a reminder for tribal members to continue being a contributing member to the tribe in order to improve all aspects of our future. As councilwoman, Helen Klinekole said, “fulfill your responsibility as a tribal member.”

“We all have something valuable to offer to the team (tribal government and tribal members)” as stated by councilwoman, LeClaire Gayton.

The idea of teamwork was mentioned numerous of times. Council members, Vice President and the President had a collective understanding of what it takes to come together and work for the best interest and welfare of the Mescalero Apache tribal members.

Like councilman Fernando Rocha Sr. explained, “We will get our tribe back on top of the world. We will work as a team and communicate with all tribal members – we will work for you. “ 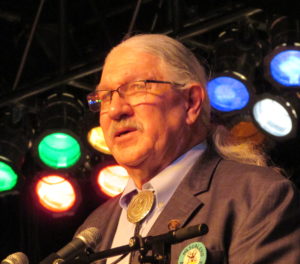 When asked why Mr. Blazer competed for the seat as tribal President, he said, “It was for my love and willingness to help my people.” Mr. Blazer joins the office with a great deal of knowledge in natural resources, amongst other things. Not to mention his many business relationships with various distinguished leaders at the tribal, state and government level. “I will use the resources I know to help our tribe.” said Mr. Blazer.

Each committee is assigned different responsibilities according to the type of committee they stand in. With exception of executive and cultural, all committees have three members.

With the new term beginning, returning and new tribal officials are eager to start helping and making decisions for the benefit of all tribal members. 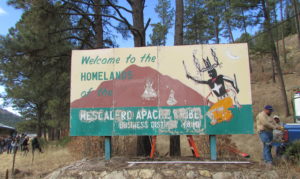 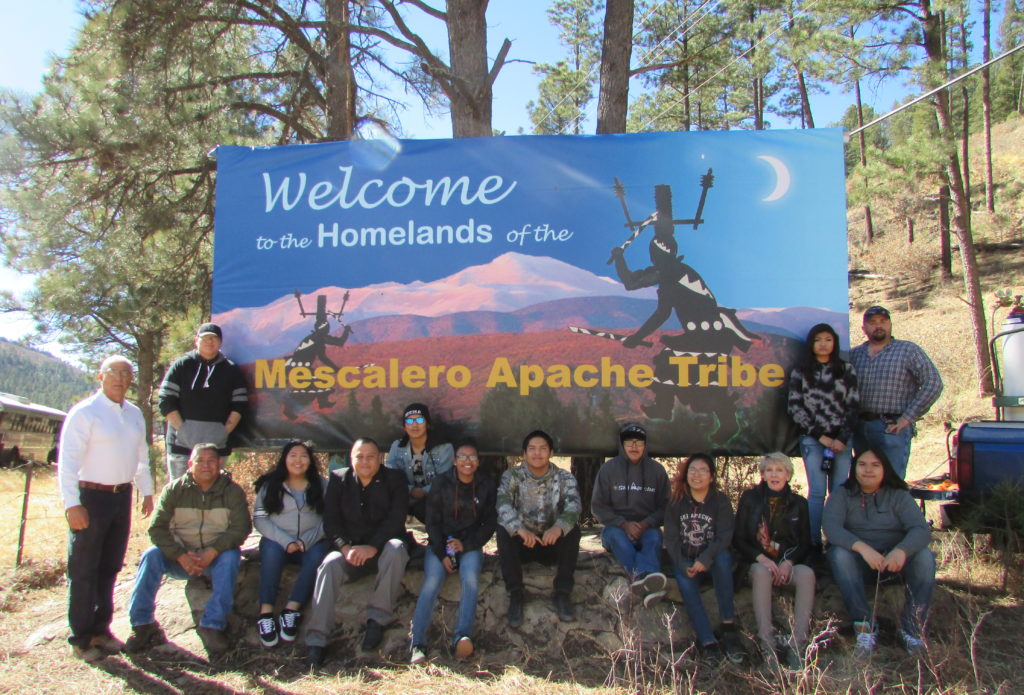 Make a Difference in a Child’s Life Today!

We are a locally operated program that equips, trains, and licenses foster parents from Mescalero, Otero and Lincoln Counties to Foster children and youth from the Mescalero Reservation.

Do you have the desire and the ability to provide a safe and stable environment to a child in need of foster care?

If so, these are the steps;

Do you want to affect a child’s life in a positive way? Call now and begin a journey that is rewarding and will change a child’s life!

We are members of NICWA. The National Indian Child Welfare Association improves the lives of American Indian children and families by helping tribes and other service providers implement services that are culturally competent, community-based, and focused on the strengths and assets of families.